From January 5 to 15, 2017, Music History professor Emily Abrams Ansari and Music Education grad student Gabriela Ocádiz traveled to El Salvador to participate in an exciting new interdisciplinary, international collaborative research project. Led by Amanda Grzyb, a professor in the Faculty of Information and Media Studies, the SSHRC and FRDF-funded project seeks to accompany former refugees in the creation of a collective history of the Salvadoran refugee camps in Honduras, created as a result of El Salvador’s Civil war during the 1980s.

With a group of graduate student researchers from across Western and students and faculty from Montana State University, Ansari, Grzyb and Ocádiz first joined 800 hundred former Salvadoran refugees on a commemorative return trip to one of the Honduran camps where they lived during the war, called Mesa Grande. They then worked with local collaborators in the repopulated Salvadoran village of Milingo to mount an exhibition of photographs of Mesa Grande taken by aid workers and others who visited the camps from the United States and Canada. Those who had lived in these camps had never seen these photos before—photos of their loved ones, of their activities, and even photos of childrens’ drawings made in camp. The research team and their local collaborators used these photos, as well as a set of recordings of songs that was made in the Mesa Grande camp, as a starting point for conversations in a series of workshops on different topics, including music, asking people about their memories of the war and their time in the camp.

Ansari and Ocádiz heard powerful stories and powerful songs both these workshops and in the spontaneous performances that followed them. Music served for Salvadoran peasant farmers as a means to speak out against the military dictatorship that was massacring them in their villages, to document the atrocities they had endured and the suffering they experienced in the camps, and to promote solidarity amongst Salvadorans opposed to the government and their international allies. If future funding applications are successful, the team hopes to return to El Salvador to run the same workshops in other repopulated communities, ultimately producing collective histories of the camps in Spanish, a permanent exhibit of some of the collected photographs, testimonies, and songs, and scholarly studies of this under-examined aspect of the Salvadoran Civil War.
For more Research in Action stories at Don Wright Faculty of Music, visit music.uwo.ca/research/research-in-action 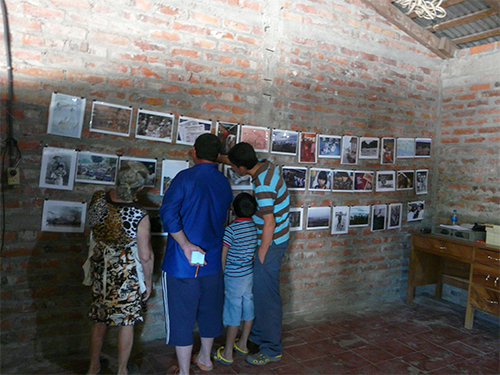 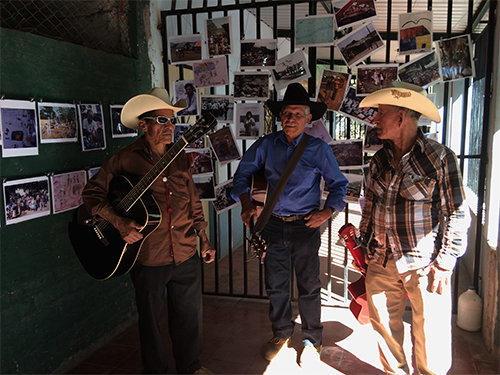 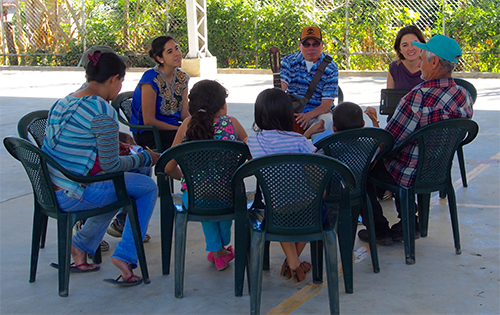 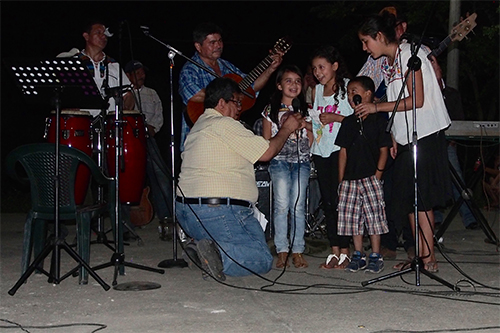 Ocádiz helps young people in a performance of a song written during the war. (Research funded by SSHRC and Western's FRDF.)