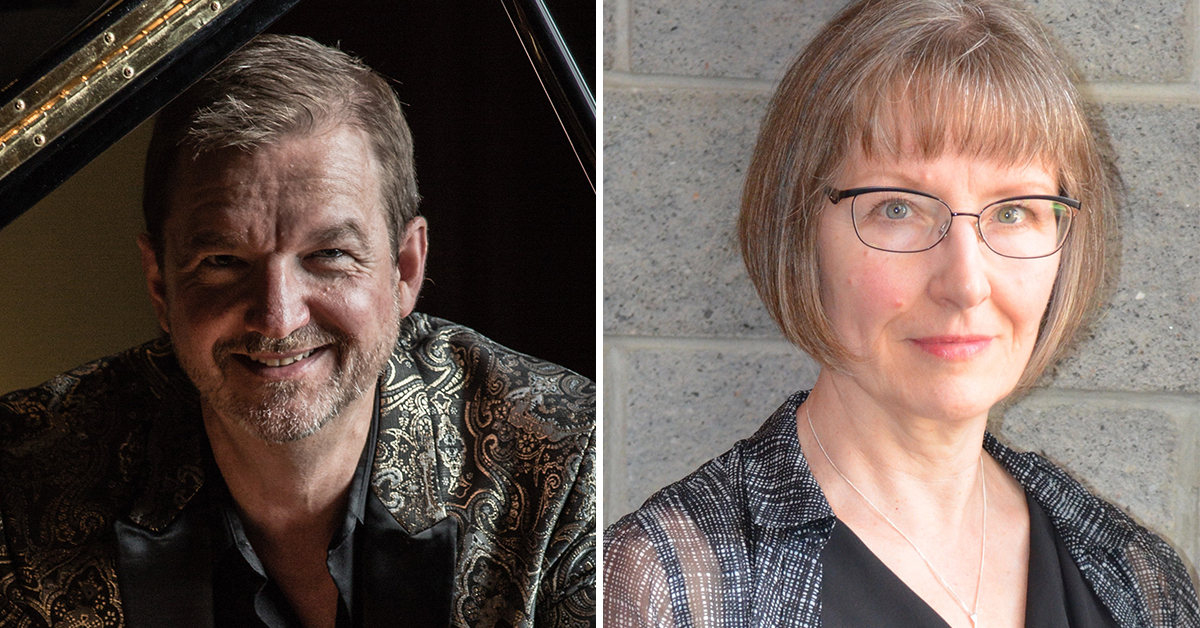 Congratulations to this year's outstanding Alumni Wall of Fame inductees Clark Bryan (BMus’90, MMus’92) and Lori Burns (BMus’84). The pair will be honoured at Western's annual Alumni Awards of Merit Dinner on Friday, October 20, 2017 as part of Homecoming Weekend.

Bryan is an award-winning concert pianist and has performed internationally, recorded 14 CDs and been featured on radio and television. As a teacher, he has taught thousands of students, adjudicated more than 50 music festivals from coast to coast to coast in Canada, given dozens of workshops and written a book, Gateways to Learning and Memory. Learn more

Burns is a national leader in music education and an internationally recognized scholar in the field of popular music. Currently, she is a Professor of Music and Director of the School of Music at the University of Ottawa. Learn more

Homecoming 2017 at the Don Wright Faculty of Music

Alumni Recognition and Awards at Western