Some 35 members of the New Horizons Band toured Poland from July 2 to July 12, with stops in Wroclaw and Warsaw, to perform five free concerts. The trip marked the band’s seventh trip to Europe since 2005 and its first to Poland.

“We’ve played throughout several parts of Europe but Poland was a place with well-preserved medieval sites and that few of our members had visited,” said band spokesperson Mark Kearney before the trip. “It should make for an exciting and interesting 10 days.”

Pictured below are photos of the Band as they performed on a riverboat in Kraków, Poland during the trip. Photos courtesy of Mike Godwin (trombone). 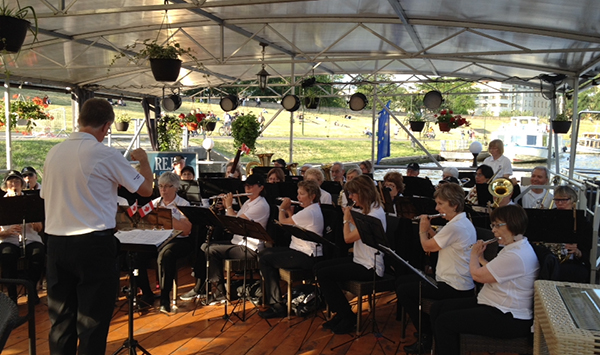 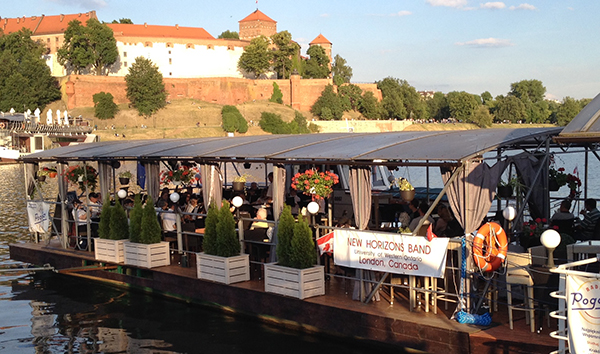 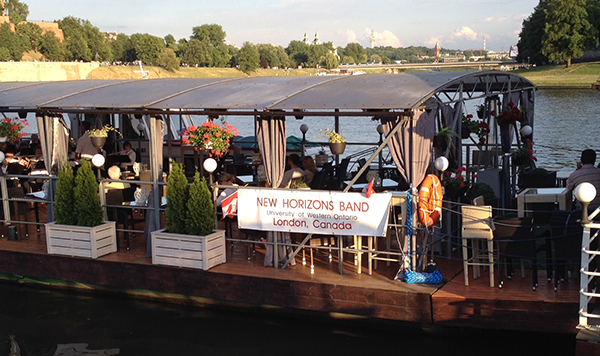